MLB Stats Every Bettor Should Know – 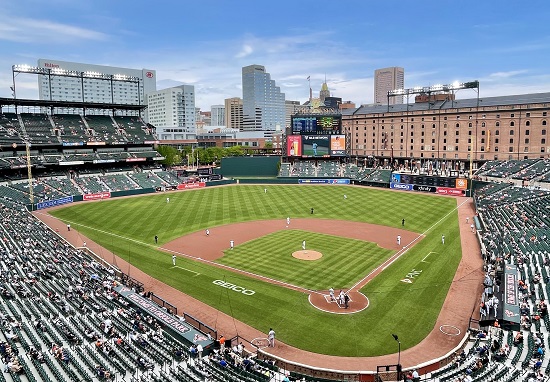 Betting on baseball is fun and exciting and bettors have a plethora of opportunities as MLB will play a total of 2,430 games this season. Unlike football and basketball, baseball is more of a moneyline sport. Bettors pick winners more often than they wager on the point spread, aka run line. Totals betting is also popular in MLB and as bettors begin the 2022 season, there are a number of statistics they should know. These stats can help them make smarter decisions and improve their overall bottom line. Here are a few of the MLB stats every bettor should know.

Baseball is a game of runs and the more of them a team scores the more likely they are to win. One of the reasons why Toronto is among the favorites at sportsbooks to win the 2022 AL pennant and World Series is because they can score.

Last season, two of the top-5 run-scorers were Blue Jays. Vladimir Guerrero Jr. ranked first overall and his teammate Bo Bichette was third. Their old teammate Marcus Semien, now in Texas, was fifth. With three of the top five run-scorers, it’s no surprise that the Blue Jays finished third in MLB in scoring averaging 5.22 runs per game.

Teams that score a lot of runs win games and contend for World Series titles. Houston, which averaged 5.34 runs a game to lead the majors, won the AL pennant and lost the World Series to Atlanta. The Braves finished ninth in regular season scoring (4.83 rpg).

Bettors should always be looking at pitching matchups as the starting pitchers have a big effect on the outcome of a game. While most look at ERA as a strong measure of a pitcher, bettors might want to take a look at a pitcher’s FIP, or Fielding Independent Pitching.

In 2021 for example, Boston’s Nathan Eovaldi recorded a 3.86 ERA and went 11-9 overall. He was actually much better than that and likely should have won more games. His FIP was fourth among MLB pitchers at 2.76.  The Red Sox committed the second-most errors in MLB last season. That accounts for the run-plus difference. Checking a pitcher’s FIP compared to his ERA can give great insight before making a betting decision.

Is there home field advantage in MLB? For the 2021 Colorado Rockies there sure was. The Rockies went 43-22 at home at Coors Field. On the road, they were awful. Colorado went 17-48, the 13th-worst road record since 1969.

Coors Field is one of the more hitter-friendly ballparks in the majors. When making betting decisions especially on totals, it pays to know where the game is being played. Coors Field ranked third – behind Great American Ball Park and Oriole Park at Camden Yards – in park factor, i.e. being friendly to hitters.

Oriole Park at Camden Yards was so friendly it allowed a MLB high of 137 home runs. Cincinnati’s home Great American Ball Park allowed the fourth-most at 123 and Coors Field was eighth (107).

As a result of all the home runs in 2021, Oriole Park at Camden Yards actually changed the dimensions of the field to make it more pitcher-friendly. The park measures 384 feet to left field and 398 to left-center and the wall there is now 13 feet high.