NBA Conference Betting: Which Teams Are Hot to Win the West and the East


Now that Super Bowl 56 is in the books, it’s time for pay per head bookies to turn first to the March Madness Tournament and then to the NBA. Please keep reading for information on the top six teams in the East and West that can win their respective conference and the NBA Championship.

The NBA All-Star Game happens on Sunday, February 21. Like every year, the all-star contest signifies the current NBA season’s halfway point. Teams like Golden State, Phoenix, and Miami have rocked it.

But action on NBA squads to win their conference and the NBA Championship is everywhere. Even though both parties have struggled, money continues to flow to teams like the Los Angeles Lakers and Brooklyn Nets.

Top teams like the Chicago Bulls and Miami Heat are flying under the radar. Check out the top teams to keep on your online bookie radar to win the Eastern Conference and the Western Conference as well as the NBA Finals.

NBA Championship Your Players are Backing

The defending NBA Finals champions haven’t gotten nearly the press they deserve. That could all change after the all-star contest because the Bucks are on their way to total health.

There have been a few moments this season when stars Khris Middleton, Jrue Holiday, and former NBA MVP Giannis Antetokounmpo were on the court simultaneously. But health isn’t the only reason PPH bookie agents must pay attention to the action on the Bucks.

Milwaukee traded for Serge Ibaka, one of the league’s best postseason players. Ibaka knows how to get it done in the playoffs. So NBA futures odds on Milwaukee could dive once Serge develops a rapport with Giannis, Holiday, and Middleton. 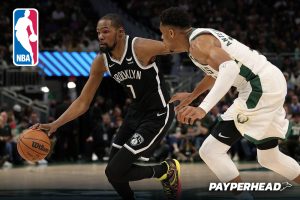 The Nets traded James Harden for Ben Simmons. On the surface, iBrooklyn unloaded one disgruntled superstar for another.

At least the disgruntled superstar the Nets picked up knows his role. Simmons isn’t an outstanding shooter, which is one of the reasons Doc Rivers and the 76ers parted ways with the brilliant passer and rebounder.

On the Nets, Simmons may not have to take a single shot. Once Kevin Durant returns from the injury that derailed him from participating in the 2022 NBA All-Star Game, KD becomes the 1-option.

All Simmons has to do is throw the rock to Durant and let the Great One do his thing. If more states lift vaccine mandates, Kyrie Irving could get more playing time. Simmons, instead of Harden, makes Brooklyn a better team in all ways.

Harden, instead of Simmons, makes Philadelphia a better team because, well, Ben was on the bench. Heck, Simmons wasn’t even in the building.

In today’s NBA, players control things. So if you want to win a National Basketball Association title, you had better continually massage the various egos.

Harden has a huge ego. So Doc’s got some work to do. Philly must worry about how The Beard’s presence affects Joel Embiid.

The Sixers cannot win the NBA Finals without leaning on Embiid. Will Harden’s presence squelch opportunities from Big Joel?

If so, things could go wrong in a hurry. So far, sports handicappers expect things to be copasetic, which is why the Eastern Conference odds and NBA Futures odds on the 76ers make them a top choice.

When you don’t have to write a lot about a team, it means they’re doing well. That’s the Heat. Don’t be surprised if the Heat ends up a favorite.

So all online bookie software agents should set bet alerts on Miami. The Eastern Conference odds and NBA futures to win the title make the Heat an overlay.

This season, one of the biggest questions is whether the Chicago Bulls are an NBA Finals contender. Most believe Chicago has used smoke and mirrors to get within a half a game of the Heat for the top record in the East.

From our perspective, the Bulls most definitely can win the title. Why? Chicago did something that few teams do.

Bulls’ head coach Billy Donovan turned DeMar DeRozan into a small forward. The former shooting guard has blossomed into a Mr. Do Everything player.

DeRozan scores, passes, rebounds, plays defense. With DeRozan at the 4, Zach LaVine can excel at the 2. Once Lonzo Ball, a pure point guard, returns to the lineup, watch out.

Heading into the all-star break, the odds on the Celtics make them a massive overlay. Boston doesn’t just have a Big 3.

The C’s send a Big 4 to the court. Jayson Tatum and Jaylen Brown are two of the best in the league. Al Horford plays with abandon, and Marcus Smart is a defensive specialist.

The Celtics remain an under-the-radar team. Players will call bookie agents to back the C’s at around 40-to-1 NBA odds. So set up bet alerts.

As of Valentine’s Day, that’s February 14, the Phoenix Suns are a ridiculous 32-24 against the spread. The ATS record doesn’t sound ridiculous, but it is considering Phoenix also has the best record in the league.

That tells bookmakers that use PPH services that oddsmaking experts have yet to set correct NBA odds on Suns’ games. Should you use your layoff account? For sure you should.

Also set max limits on Phoenix to win the NBA Finals. The Western Conference odds make the Suns an underlay. Allowing more bets on the Phoenix Suns to win their conference than the title makes sense. 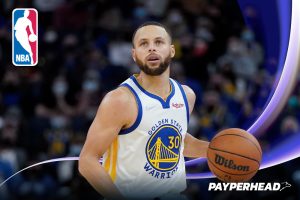 Steph Curry’s backcourt mate, sharp-shooting Klay Thompson, is back in the fold. But the real reason players are betting the Warriors to win the West, and the NBA Championship is because of Andrew Wiggins.

In the Bay Area, the former Minnesota Timberwolves player has blossomed into an all-star. Wiggins is why Golden State has become the second choice to win it all.

Once the NBA Playoffs start, Golden State could overtake the Suns and become the team to beat. Keep an eye on the action on the Warriors.

It sounds crazy, but, yes, the Memphis Grizzlies are good enough to win the title. For Memphis, it’s all about the backcourt.

Point guard Ja Morant is unstoppable. Shooting guard Desmond Bane is the chalk to win the three-point contest during the all-star break.

Jaren Jackson Jr. is slowly averaging 18 points and over 6 boards per. The bench is deep.

The Grizzlies can get it done. So like almost every team on this list, set max betting limits to win both the Western Conference and rings.

The one team that you shouldn’t worry about winning the title is the Los Angeles Lakers. The Lakers have just a tiny shot of taking either their conference or the championship.

During the NBA Playoffs, younger squads like Phoenix, Golden State, and Memphis will run the Lakers out of the building.

Don’t discount the Jazz to make it to the NBA Finals. Like the Phoenix Suns, the Jazz has a decent mix of top guard play and an excellent big.

Sports odds on the Jazz to win it all make them an overlay. So set max limits for sure.

The Dallas Mavericks are in the Los Angeles Lakers category. Yes, they have a shot at winning the title.

But like the Lakers, the Mavs don’t have enough depth after their best player, Luka Doncic, to get it done. Don’t expect the Mavericks to win the NBA title.

Although the Mavs don’t have much chance of winning the championship, sports betting software agents should set max limits on the Mavs to win either the Western Conference or the NBA Finals. Doing so ensures you don’t get into any trouble.

Import player to PayPerHead and get two weeks free

Right now, you can take advantage of one of our very best promotions. PayPerHead is offering our sportsbook software free for two weeks.

The software includes platforms like Premium Props and the Agent Payment Solution that allows your players to deposit directly into their accounts.