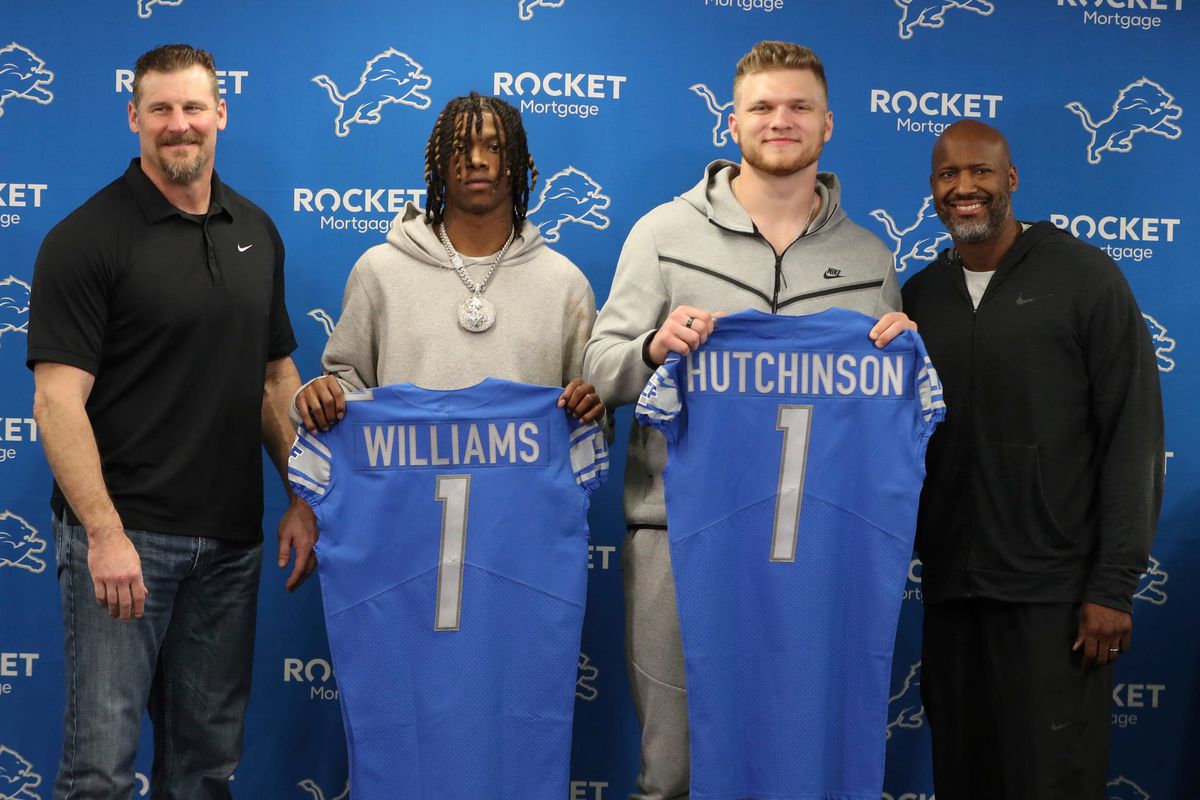 The only rules regarding the speed in which an NFL Draft pick can be made involve time limits. In the first round, once a team’s turn on the clock begins, it’s limited to 10 minutes in making a selection. If a team then fails to make the pick in time, teams behind can vault ahead of the laggerd one. Such a scenario happened to the Minnesota Vikings in 2003, when two teams leapfrogged over them before Minnesota’s pick was in.

There’s an unwritten rule that the NFL likes drama, especially in the very first few picks. The draft has become a show of its own, which is why even though the Jacksonville Jaguars had been on the draft clock for months, they still took their allotted 10 minutes. Choosing second, the Detroit Lions did not, however.

As soon as the Jaguars selected Georgia’s Travon Walker, the Lions pounced on the chance to select the local, Michigan’s Aidan Hutchinson. Getting a hometown hero was too much to resist, and the Lions failed to play the game. There wasn’t a long drawn-out wait, and the NFL was none too happy about it.

“We turned in the card so fast, the league got mad at us,” a Lions’ executive said.

There’s no punishment for the Lions, since they didn’t break any rules, though the league has made its position known. So the next time, do not shortchange the drama.

One of the more interesting moves at the draft happened when the Arizona Cardinals dealt for Hollywood Brown, trading the 23rd overall pick for a guy who hasn’t had a big breakout season. We now have some idea why the Cardinals may have made the deal.

Monday, the NFL announced that Cards’ star receiver, DeAndre Hopkins, tested positive for a banned performance-enhancing substance back in November, and will be suspended for the first six regular-season games in 2022.

Hopkins denied knowingly putting anything illegal in his body. “To learn that my November test came back with trace elements of a banned substance, I was confused and shocked,” he said. “I am very mindful of what I put in my body and have always taken a holistic approach, so I am working with my team to investigate how this could’ve happened.

“Even as careful as I have been, clearly I wasn’t careful enough. For that, I apologize to the Cardinals fans, my teammates and the entire Cardinals organization. I never want to let my team down.”

In the 10 games Hopkins played last season, Arizona 8-2. In the seven games he missed because of injury, the Cardinals were just 3-4.

There’s No Confirmation Browns Tanked, According to NFL

Soon after accusations from former head coach Brian Flores that the Miami Dolphins asked him to tank games, former Cleveland Browns’ head coach Hue Jackson made a similar claim about that franchise’s ownership.

The investigation in Miami continues, but the NFL says that after two months, it’s done looking into the claims against the Browns, ruling them unsubstantiated.

An independent investigation, with the full cooperation of the club, concluded that there is “no evidence to suggest that the Browns’ Four-Year Plan or the club’s ownership or football personnel sought to lose or incentivized losses and made no decisions deliberately to weaken the team to secure a more favorable draft position.”

The decision is good news for the Browns, who have said since the accusation was first made in February that it was categorically false. The decision is not so great for Jackson, who lost 31 or 32 games over the course of two seasons and would no doubt like to blame someone other than himself.

As for the latest with Flores and his lawsuit against the NFL, attorneys were in front of a judge Monday, claiming the NFL is trying to force arbitration, with commissioner Roger Goodell as the arbitrator. That, in their words, is “unconscionable”.

Attorney Douglas Widger says that league wants the discrimination suit settled behind closed doors to save itself from further embarrassing details.