One of the most prestigious PGA Tournaments of the year happens this weekend when the best in the world compete in the 2022 Players Championship. Check out everything pay per head bookies must know to attract action to one of golf’s most important tournaments.

Another reason to promote the TPC? The 2022 March Madness tournament doesn’t start until March 15. Why not give your players something to bet while they’re putting together their March Madness brackets?

Keep reading for more info on the tournament at TPC Sawgrass and profiles of the top players.

What is The Players Championship?

The Players is one of the top yearly tournaments on the PGA Tour. Most pros consider the TPC Sawgrass golf course to be one of the most challenging.

So don’t be surprised if the TPC Sawgrass Stadium Course, where the tournament happens, turns into a European link-style course by the time golfers tee off on Sunday. 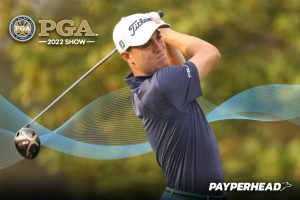 What happened in The Players Championship 2021?

In the third round, Justin Thomas found his best golf swing over the Stadium Course, shooting a 64. Thomas followed up the 64 with a 68 fourth-round.

JT won the tournament at the Players Stadium after a -14 final score. Lee Westwood finished second with a -13.

Westwood had the tournament won after shooting a 69 in the opening round. If not for a 72 in the fourth round, he may have taken home the trophy.

This year, there is no Tiger Woods or Phil Mickelson, but defending champion Justin Thomas should play. So will past PGA Tour Champions like 1-ranked Jon Rahm.

In addition to Rahm, keep your eyes peeled for action on the following players. 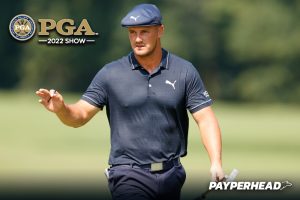 Last year, DeChambeau played well over TPC Sawgrass, shooting a -12. He entered Sunday as the favorite and may have beaten Justin Thomas if not for a 71 final round.

At TPC Sawgrass last year, Matsuyama missed the cut. But the 2021 Masters winner ranks second in the world behind Rahm. His golf game should be on the upswing.

Rory won at TPC Sawgrass back in 2019. He missed the cut last year. In 2022, so far, the world’s former number one golf star hasn’t hit his stride.

But McIlroy has finished in the Top 20 in his last three golf tournaments. He might show his best at TPC Sawgrass.

No doubt, golf fans were rooting for Harman to overtake Justin Thomas at last year’s Players Championship. Harman finished three shots under par in the fourth round.

But it wasn’t enough. This year, players backing Harman is a bold play.

Bookie software agents may not have to worry about setting max limits on Harman. He finished in 65th place at the AT&T Pebble Beach Pro-Am and missed the cut in his last tournament played, the Honda Classic.

Harman would need a near-perfect performance to win at Ponte Vedra Beach FL. It shouldn’t happen. So consider before using your layoff account.

On March 5, Talor Gooch blew a lead in the Arnold Palmer Invitational. Gooch shot a 77 in the fourth-round and finished seventh.

Gooch could be a sneaky play. Oddsmaking experts may not set correct odds on the 30-year-old.

If sports betting software agents see any massive bets on Gooch, they should use their layoff account.

Pay-per-head sportsbook agents can use our software free for two weeks during our current promotion. Our sportsbook software includes an Agent Payment Solution that allows you to make online payments and collect from players online.

Your players can also deposit directly into their accounts. Use Premium Platforms to boost action by 15% or more.

Price per head agents switching to us have seen a 23% rise in revenue regardless of their sportsbook’s size. Call 1-800-605-4767 and get started today.