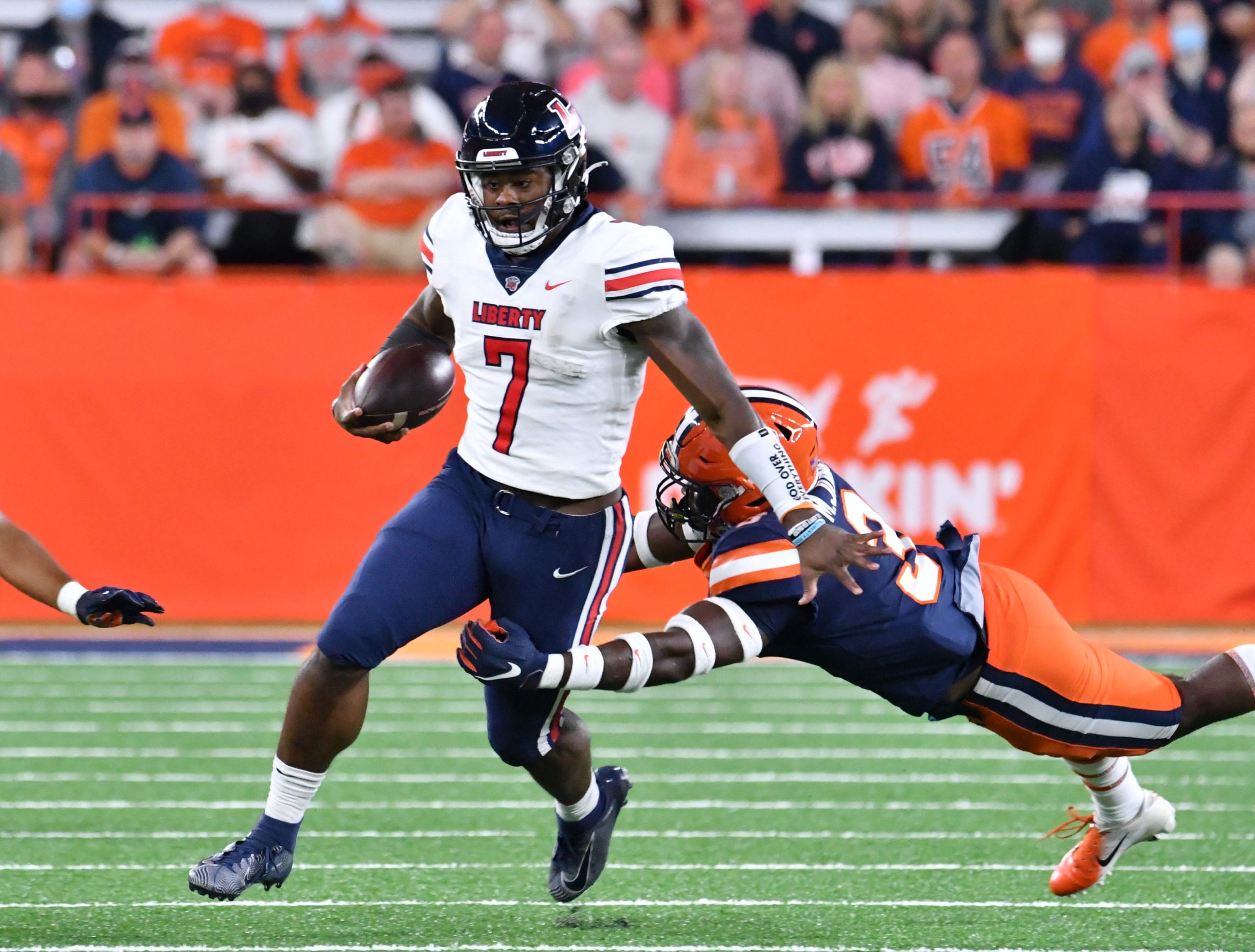 Since 2000, 65 quarterbacks have been taken in the first round of the NFL draft. In the last two drafts alone, a total of nine quarterbacks have gone in Round 1. It’s the most important position in the game and teams that don’t have a franchise guy look to the draft to get one.

It’s no secret that the 2022 quarterback draft class lacks the overall depth of some of the more recent classes at the position. There isn’t one that has warranted any talk of going in the top 5. Still, there could be as many as four taken in the first round. The Over/Under on quarterbacks taken in Round 1 of this year’s draft is 2.5 with odds on the Over at -200 and +150 on the Under at top online sportsbooks.

If that’s the case, then how exactly could four quarterbacks hear their names called on Day 1 of the 2022 NFL draft?

Over the last decade, 33 quarterbacks have gone in Round 1 of the draft. A sure-fire six are what one would call the “franchise quarterback.” These include Andrew Luck, Patrick Mahomes, Lamar Jackson, Josh Allen, Justin Herbert, and Joe Burrow.

Another four – Baker Mayfield, Deshaun Watson, Jared Goff, and Carson Wentz – have had some measure of success though not quite what the top six have experienced. Even if you count these four as “hits,” that’s just a 10 percent success rate.

With the quarterback position so important, teams in need of a franchise guy have to gamble and take a player they are unsure of. In 2018, the Arizona Cardinals took UCLA’s Josh Rosen with the 10th pick. He, of course, didn’t pan out and the Cardinals were back at it again taking Kyler Murray with the No. 1 pick in 2019. The jury is still out on Murray, but teams in need of a quarterback have to take the chance. The Ravens took Jackson with the very last pick of the 2018 draft. It proved to be worth it.

The big reason why you might see four quarterbacks picked in the 2022 NFL draft has to do with the way rookie contracts are structured. All first-round picks in the NFL draft receive a four-year contract with an option for a fifth season. The value of the contract depends upon draft position. For example, the No. 1 pick in the draft will receive the highest-valued contract.

Take last year as an example. Trevor Lawrence was selected first overall. His four-year deal was worth a total of $36.8 million. WR DeVonta Smith was picked 10th by Philadelphia. His contract value is $20.1 million. The final pick of Round 1, Joe Tryon, received a four-year contract worth $11.1 million.

It’s not the value of the contract that matters as much as that option year. NFL teams that gamble on a franchise quarterback and hit can guarantee that they keep their guy for at least five years instead of four. Plus, that fifth year salary is limited meaning an NFL team that hits on a first-round QB will get their guy at a discount before his rookie contract expires.

Having that fifth-year option is the big reason why you may see four quarterbacks go in Round 1.

See the Biggest Draft Busts of All Time